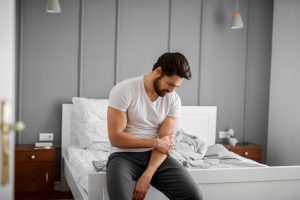 Portrait of sad handsome muscular bearded man having elbow pain and sitting on the edge of the bed at home.